Seems I haven't been around for a while -- summer mostly equals busy for me, of the kind that doesn't allow sitting at the computer. Anyway, I've managed to create two more paper packs, and here they are for you to download, all free.

As usual, both packs contain six papers, all of them measuring 3600x3600 px at 300 dpi, so they are good to print on 12 x 12 inch papers, if you wish. Originally they were made for my digital scrapbooking layouts, but they are free for you to use for what ever you see fit, for your digital scrapbooking, texturizing or whatever you can think of. 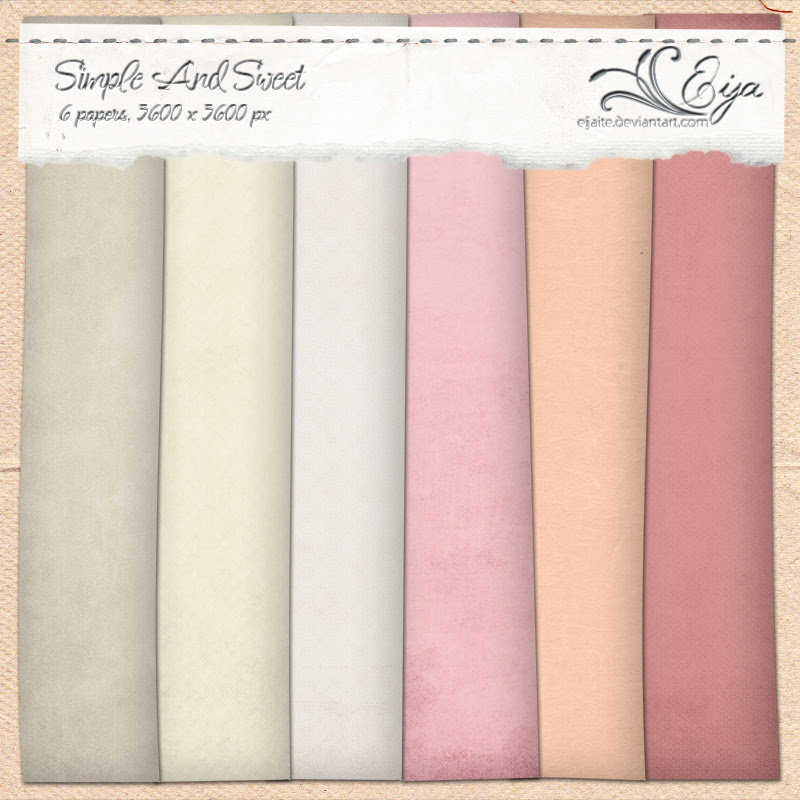 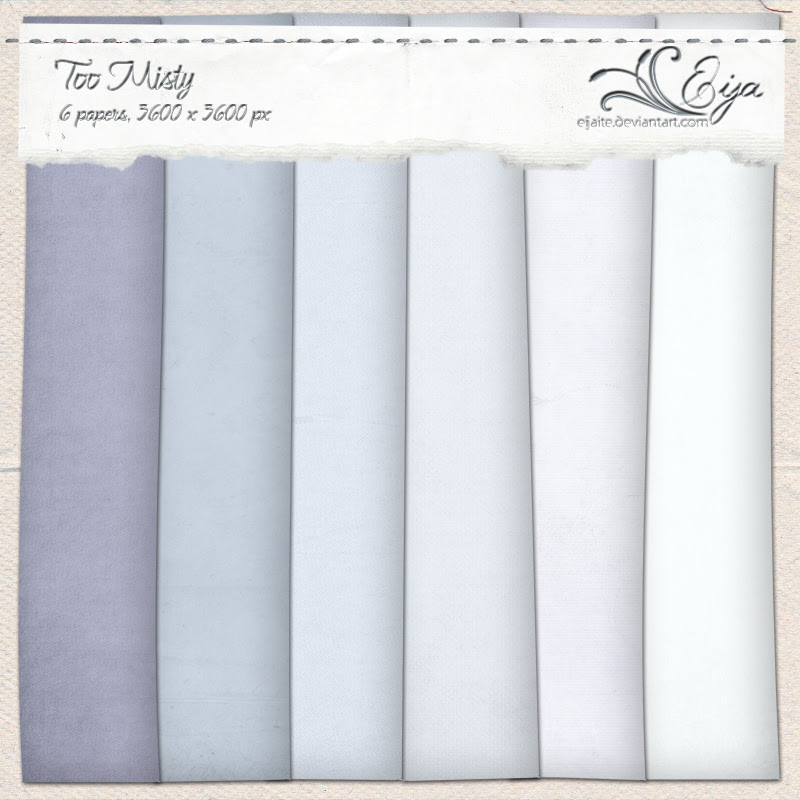 
On day 64 of Beyond Layers, the challenge was to use a certain texture Kim posted and experiment with some masking tricks she shared. She gave a recipe, which I, for once, followed pretty closely without too much tweaking.  I did, however, add another texture. The photo was taken in April at the student exhibition at the community college where I work.

The second picture dates from our annual camp with the Finnish Dandie Dinmont Terrier Club. Every summer we get together with other Dandie owners and have a fun weekend. The shot was taken on a cloudy and rather windy night by the lake, and I had a lot of fun post processing it rather heavily.

In the third picture I once again returned to Zwolle, where, among loads of bikes, I found this very attractive feminine specimen, and processed with a texture of my own.


Lastly there's a scrapbooking layout I made of our youngest Dandie Justiina. Originally she was just lying down on the grass, but the very moment I pressed the camera button she jumped up and rushed towards me to find out what it was I was doing. I have been viewing several layouts lately done in the artsy style, and here's my shot at it. I really enjoyed the creation process of this one. 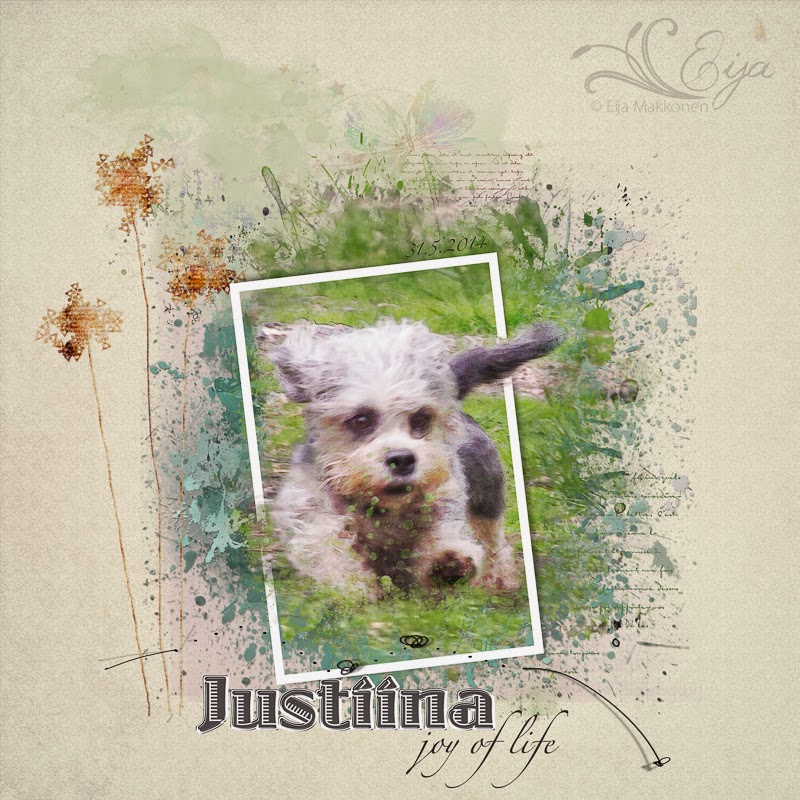 At last I've reached the last installment of the Finding Shapes challenge. What I have this time are converging lines. The first one is just another brick wall, but I really liked the unexpected contrast of two colours of tiles and then the fence on top. Here I applied two texture layers to change the mood of the picture into something a bit more dramatic.

Next I have here yet another shot from Salzburg, under the same bridge by the River Salzach that I have posted a layout of earlier. I did some adjustments in Lightroom and then textured the picture lightly.

In the third picture I'm again by a river, this time the Trave in Lübeck. I shot the picture in May 2012, but the title and the treatment of the photo arise from the fact that I remembered clearly standing at the same spot in the 1980s, when me and Better Half were visiting the city together. Here I was trying to achieve an old, soft and faded look, and processed and textured accordingly.

The last picture this time is sort of me drawing a conclusion of the shapes  challenge - in addition to converging lines, there are squares, rectangles and circles in the photo. This one was shot in Vienna, at the railway station in Schönbrunn. We had arrived from Salzburg that day and were taking a flight back home the next day, but there was time enough to go and visit the Schönbrunn Castle. The station itself was a very nice mix of old and new. Here I applied gently two textures by Sirius-sdz.

I'm still looking for shapes. In the first two, it's very obviously circles. The first one comes from the Gallery of Modern Art in Glasgow, and like the blue windows I've posted before, the photo is not from an exhibition but the building itself. If I remember correctly, this was the ceiling of the lift. Isn't it like dozens of tiny moons gathered together? All I did to the image was some cross-processing in Lightroom.


Again, my second picture was taken on the same trip, still travelling towards Britain. We were boarding the ship in Ijmuiden, and from the gangway one could look out from these circular windows. When I looked out, I saw even more circles - the windows of the terminal building. This was another picture which I only slightly processed in Lightroom, that's all.


The third photo is yet another travelling shot, and just happens to be from the Netherlands like the previous one. This was taken at the Schiphol airport when we were on our way to Birmingham to Crufts Dog Show last year, and it has received only minor adjustments in Lightroom.


The next picture takes us back to Finland, although not quite home this time either. I took it on our barbershop singing course in Orivesi a year ago, from the veranda of the lovely Singing Cottage there was - the charming old building was all for the twenty or so of us for the four days we spent there. The hill it stood on diminishes in the picture, but still you can see the twisted shapes of the pines on the slope of the hill and just about discern the fields and woods. What a wonderful place it was, I seriously hope to be able to visit it again and sing the harmonies with old and new friends.

Sharing this one at Kim's Texture Tuesday.

This time I have for you not one, but four paper packs for your digital scrapbooking, texturizing or whatever you can think of. All packs contain six papers, all of the 3600x3600 px at 300 dpi, so they are good to print 12 x 12 inch papers, should you wish.

These papers have the Yesterday -titles because they have been sitting idly on my hard drive for a couple of years. When I found them, I decided to sort of dust them off and pack them so they might get used. Originally they were made for my digital scrapbooking layouts, but they are free for you to use for what ever you see fit.

If you like them, it would totally make my day if you could drop me a little line. Click on each image to be taken to the download page. Enjoy. 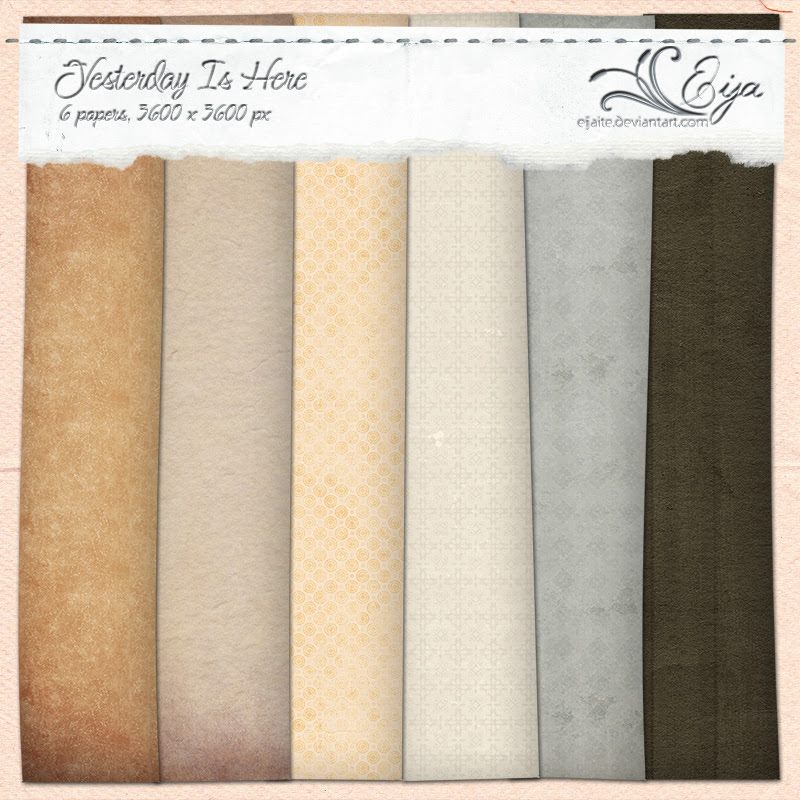 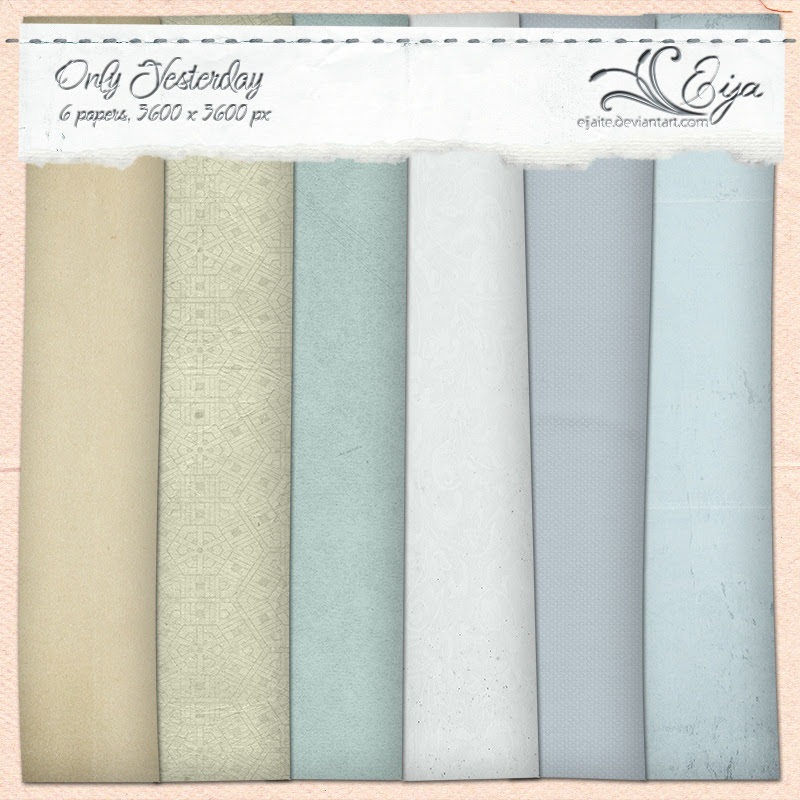 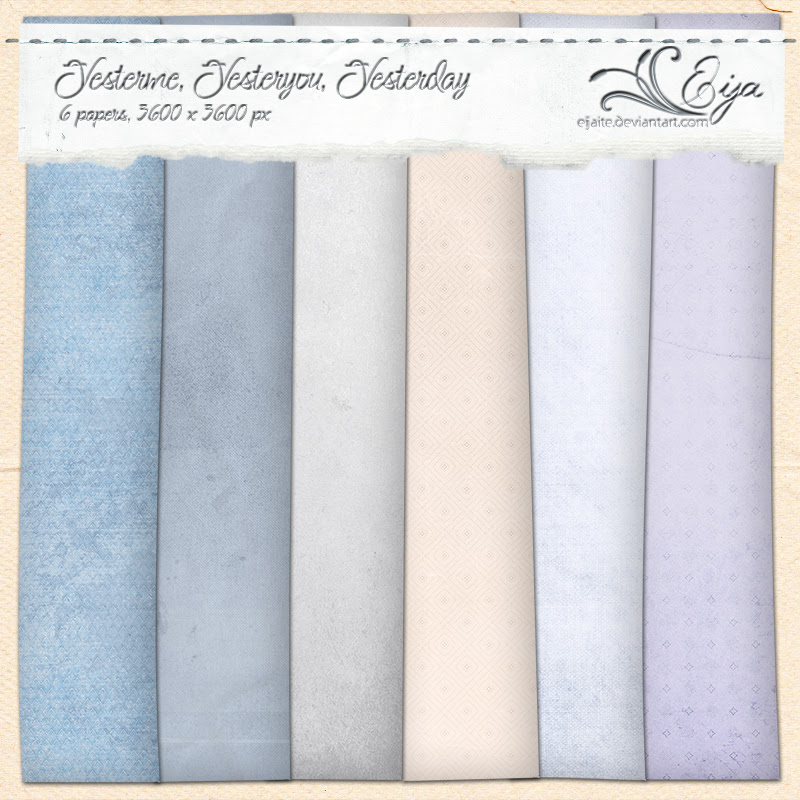 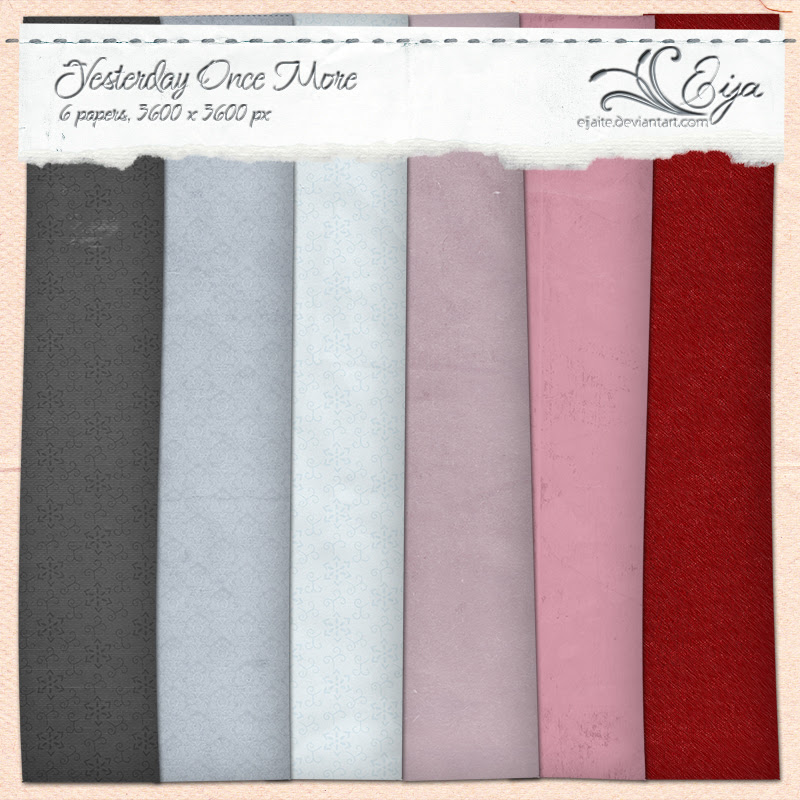 Didn't I know this from my writing days - I really can go on tweaking anything I create forever, if I don't simply post it somewhere and call it finished. I used to write and rewrite and rewrite a little poem again and again, literally for years, and now I notice I'm doing the same to my pictures. So it's high time to post these pictures off and be done with them and tackle something new.

I took the first picture in May 2012 while travelling towards Scotland with my students. We stayed overnight in Zwolle, and I found this pretty door on our evening walk in town.


I layered the picture with texture Waterfront 17 by Kim Klassen altogether four times with various blending modes, masking off various sections of the texture on each layer.

The second picture dates from the same trip. This time we were heading back home and walked about in Lübeck, waiting to take our boat home across the Baltic Sea. It's just another office building somewhere in the city centre, but I found it attractive, especially how the top floor windows reflected the blue sky and the ones downstairs remained black, but also other contrasts, such as the elaborate 19th century door frame and the modern door with company logos.


I started processing this photo as another textured image, but was never quite satisfied with it. Then I revisited some digital scrapbooking sites and ran across these techniques of making a photo look part like a drawing, part like a painting. Tried it, and still wasn't quite happy with it, so I went on to try out another new technique, using frames but painting partly outside the frame. These techniques are certainly something I'm going to play with later on, too.
Resources:
- Brushes & frame
- Brush stamp
- Papers
- Font 1
- Font 2

The third picture is from Salzburg, on a trip we took to the World Dog Show immediately after my trip to Scotland. We walked along the Salzach under a bridge, and high up there was this cage, for maintenance, I suppose.

This one was created much like the one above: I started by texturing the photo, then decided needed a frame, then decided I'd make it into a scrapbooking layout. *sigh* Now I'm letting go of it. No more tweaking.

A free paper pack you can download. I created these actually already in May, watching all the different greens emerge. Spring always brings to my mind a certain part of a poem by Tolkien in The Lord of the Rings. It's a song old Bilbo Baggins sang in Rivendell, I think, when he gave Frodo Sting and his mithril-coat.

Anyway, the title of the pack comes from a very different song, which I also love. I give you exactly one guess as to what the song is called. ˆ__ˆ 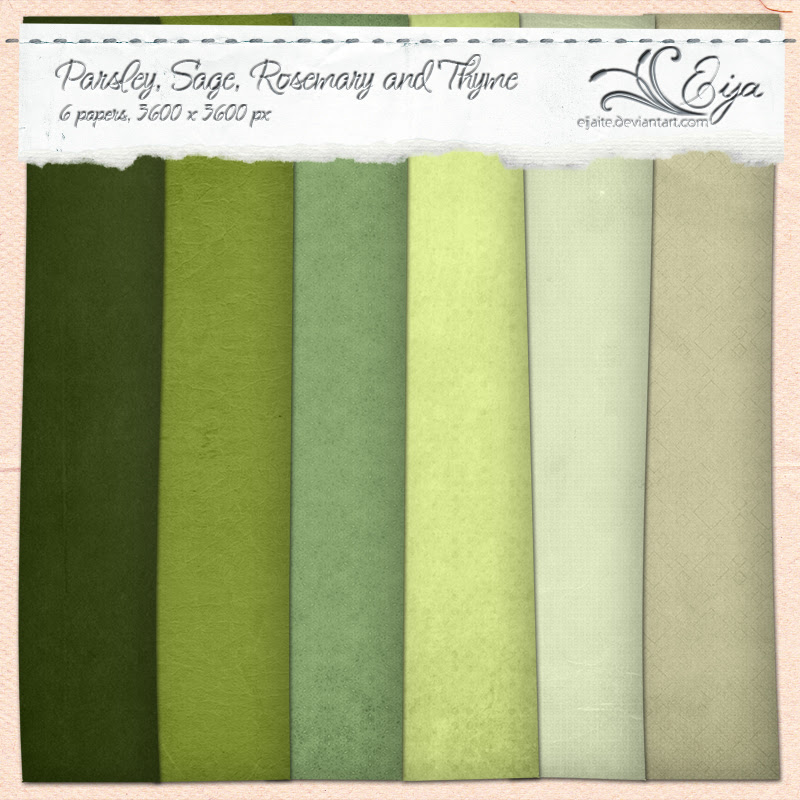 Eija
Me in a few words: teacher of languages, dog devotee, serious singing enthusiast, busy snapshotter, eager scrapbooker, photoshop bug, happy but lazy gardener with an ever so slightly cynical but still optimistic outlook on life.